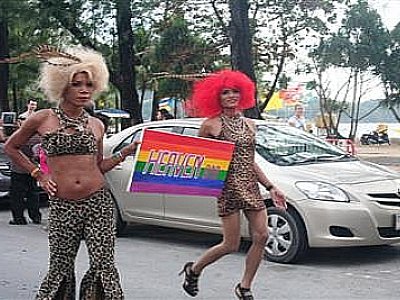 PHUKET: Phuket society is very tolerant of people with lesbian, gay, bisexual and transgender (LGBT) lifestyles, according to the results of the latest Phuket Gazette readers’ poll.

The poll, run to coincide with the Phuket Pride Festival held in Patong late last month, asked readers: “Overall, how tolerant is Phuket society of LGBT lifestyles compared to other places you have lived in or visited?”

The most popular reply was “very tolerant” at 46%.

In a breakdown by demographic, tourists were most likely to find Phuket very tolerant (49%), followed by expats (46%) and Thais (33%).

To vote in the new poll, on the topic of the Bang Khu Underpass project, click here.

To express your views on this topic, leave a comment in the Readers’ Forum below. The Gazette is pleased to accept all input that meets our house rules.