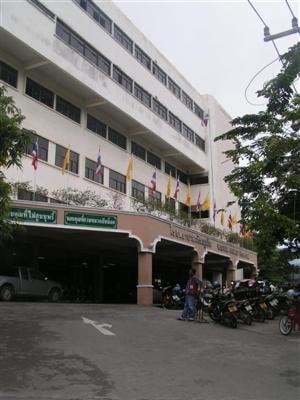 PHUKET: A warning issued by the head of the Phuket Public Health Office (PPHO) indicates that illegal abortions are quite common in Phuket.

PPHO Director Narinrach Pichyakamin recently told the state-run Thai News Agency that many of the cases involved teenage girls who have abortions without their parents knowledge or permission.

There are typically two or three cases a month of teenage girls coming to the government-run Vachira Phuket Hospital for treatment of complications resulting from abortion procedures, he said.

Describing the issue as a social problem, Dr Narinrach said prevention of unwanted pregnancies requires cooperation from family and teachers in educating young people about the risks involved, he said.

Teenage girls should try to avoid getting into one-on-one situations that are likely to lead to sex. They should also refrain from viewing pornography and dressing in a sexually provocative manner, he added.

Any sexual activity that does occur should take place using a condom, he said.

He encouraged young women who do become pregnant to go to term rather than risk possible complications from illegal abortions.

Abortion is only legal in Thailand when the pregnancy puts the woman’s health at risk or results from rape or incest.

The term “health” refers to emotional as well as physical conditions and it is up to certified medical doctors to make the assessment.

If approved, abortions can be performed at any private or government hospital. In early pregnancy it can also be done at the network of clinics operated by the Thai NGO Population and Community Development Association (PDA).