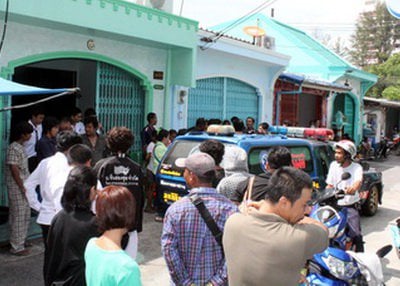 PHUKET: Police are treating as suicide the death by hanging of a 19-year-old construction worker in Phuket Town yesterday.

Phuket City Police received a report at 1:15pm of man found hanged in a room on Soi Hatchana-Nivet on Srisena Road, Talad Yai.

Police and Kusoldharm rescue foundation workers went to the scene and recovered the body of the teenager, Danupong Detchbumrong.

“Mr Danupong hanged himself using a long-sleeved white shirt attached to a hook in the restroom of the house. We believe he had not been dead for more than two hours [before his body was found],” explained Phuket City Police Sub Lt Chaiyut Chiangsorn.

“There is no evidence of violence at the scene. We were told that he had just broken up with his girlfriend,” he added.

A witness at the scene said that before his death Mr Danupong did not appear to have any problems. However, it was noted that for the past three days he had not gone to work.

Mr Danupong’s body was transferred to Vachira Hospital Phuket for examination and to await collection by relatives.