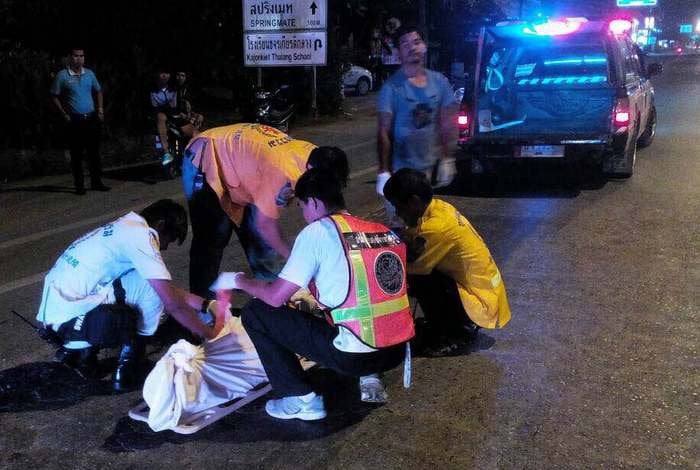 PHUKET: One teenager died and another was seriously injured when their motorbike crashed into a parked pick-up truck in Thalang early this morning.

Natchanon Boonjan, 17, died at the scene while his 17-year-old passenger, Preechaporn Sae Eung, was rushed to Thalang Hospital with severe head injuries.

“We received the report at about 3:30am,” confirmed Lt Col Sanit Nukong of the Thalang Police. “When we arrived, Ms Preechaporn was convulsing on the road. We didn’t find any helmets at the scene.”

Police questioned the owner of the pick-up truck, Anucha Chaimanee, 33.

“Mr Anucha told us that he had finished work and parked his truck outside of the restaurant where he was eating. While sitting outside with a friend, he saw a bike crash into his truck at full speed,” Col Sanit said.

No criminal charges were filed. However, Mr Natchanon’s family will have to negotiate with Mr Anucha for damages caused to the truck, said Col Sanit.