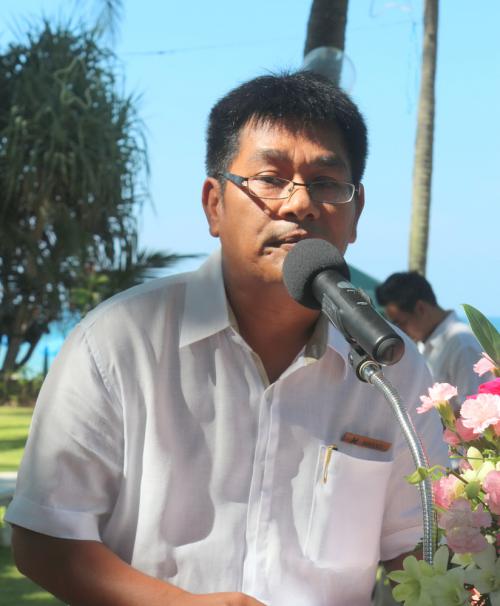 PHUKET: Phuket Governor Maitri Inthusut yesterday officiated the launch of a new consortium of taxi and tuk-tuk drivers at Kata Noi that may herald a new era for taxi services on the island.

The Kata Noi Community Taxi Service was formed by the 63 drivers who serve four taxi and tuk-tuk ranks stationed along the length of Kata Noi Beach (story here).

In a breakthrough in the mentality of taxi and tuk-tuk drivers stationed in front of resorts, the new consortium represents an open agreement by drivers to “share” their customers.

“Previously, we had only six to seven taxis working in front of our resort, but currently there are a lot of tourists coming to the beach here, more than 3,000 a day,” Mr Niran said.

“With 63 taxis and tuk-tuks now sharing their services along the beach, all of them can benefit by providing taxi services to tourists heading to and from Kata Noi Beach,” he added.

News of the consortium is hoped to alleviate the “mafia” image that has tainted the reputation of Phuket’s taxi and tuk-tuk drivers.

As recently as December 13, a Lithuanian tourist in nearby Karon filed a police complaint alleging that he was repeatedly beaten with a bamboo stick wielded by a taxi driver who wanted to force him to hire a taxi only from the rank in front of the resort where he was staying (story here).

“We have received great support from the management team, who set out a taxi rank for us and helped set the conditions for taxi drivers to abide by,” he said.

Among the conditions are that all taxi drivers joining the consortium must wear a standard uniform and must issue taxi coupons to show the exact price and destination of each fare.

“We will also make sure every taxi has passed its annual inspection to ensure customers’ safety,” Mr Sombat explained.

“We will spread the word of this consortium as an example for other taxi drivers in Kata to follow,” he added.