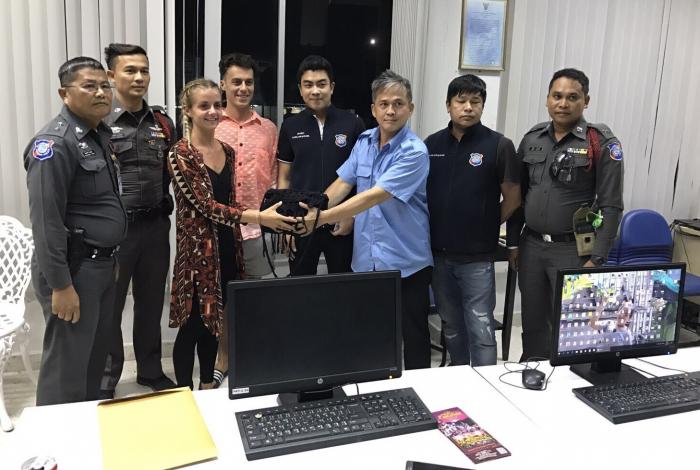 “Danny Kevin Chay Mackney and April Claire Cush called on the Tourist Police helpline (1155) yesterday afternoon, after they realized that they had forgotten their purse in the taxi they had taken from the Merlin Hotel to the Phuket Town Bus Terminal,” said Phuket Tourist Police Chief Naruewat Puthawiro.

The purse also contained ATM and ID cards, in addition to miscellaneous belongings.

Meanwhile the taxi driver, Ratchapak Tansekseri, had already contacted local police when he discovered the purse in his taxi and was called in to the Tourist Police Station in Phuket Town.

Both tourists were reportedly stunned at their good fortune and shed tears when Mr Ratchapak handed over the vital item.

“We really appreciate good local people like Mr Ratchapak. These incidents help satisfy Phuket tourists, and can help in building the island’s good reputation and attracting more of them,” the police chief added.