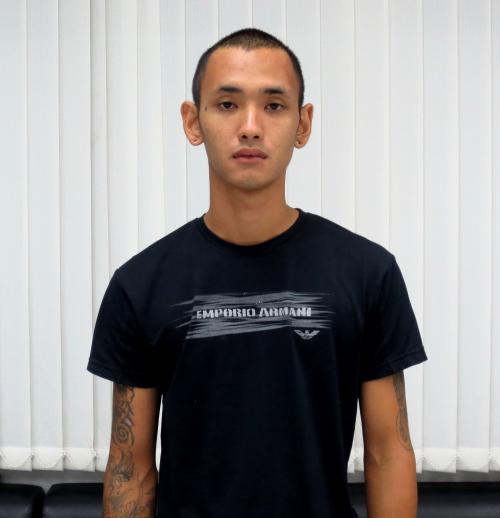 PHUKET: The man who fatally stabbed a Karon taxi driver in Samkong early yesterday morning turned himself in today.

Mr Jirawat accepted the charge, saying, “We were friends and I stabbed him.”

The two men had a long-running argument that involved, at least in part, Mr Teeranan’s anger that Mr Jirawat did not show him respect, said Phuket City Police Deputy Superintendent Prawit Engchuan.

The stabbing occurred following a run-in between the two men.

“I was riding my motorbike back home and saw Teeranan on his bike at the entrance to the street where I live,” Mr Jirawat told police.

“He called me to stop and said ‘Lately, you’ve been ignoring me when I talk to you.’

“Then he punched me in the face,” Mr Jirawat said.

Mr Jirawat rode off and gathered some friends to look for Mr Teeranan. They found him drinking with a group at Samkong Shrine, said Lt Col Prawit.

“Teeranan threw a bottle of water at me,” said Mr Jirawat.

“We fought, and I stabbed him once, and then ran away,” he said.

Mr Jirawat fled to the home of relatives in Sri Soonthorn.

Police secured an arrest warrant for him yesterday afternoon, but by 9:30pm he had arrived at Phuket City Police Station with his parents to turn himself in.

Mr Jirawat is charged with murder in a gang and possession of a knife in a public area without reasonable cause.

Police continue their search for the other men involved in the attack.