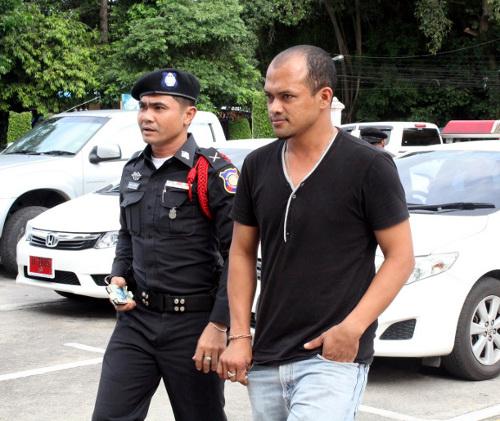 PHUKET: In Phuket Prison since May 20, illegal taxi driver Paitoon Kruain continues to deny that he sexually assaulted a Chinese tourist whom he picked up at Phuket International Airport on May 17 and drove around in his car for five hours (story here).

“He has been charged with sexual assault, deprivation of liberty and being under the influence of drugs,” Phuket City Police Chief Sermphan Sirikong confirmed to the Phuket Gazette.

The 19-year-old tourist was examined at Vachira Phuket Hospital after the incident.

“The test results show that she had no bruises or scratches from her time of captivity in the vehicle,” Col Sermphan said.

As they pursue the investigation, police are attempting to determine whether Mr Paitoon has a history of sexual harassment.

“We are questioning Paitoon’s mother and his driver friends who work at the airport about his behavior,” Col Sermphan said.

Police plan to discuss the case further with doctors before handing the case to the prosecutor’s office, he added.

Tawan Sukyiran, the public prosecutor, confirmed to the Gazette that he had not yet received the case file.