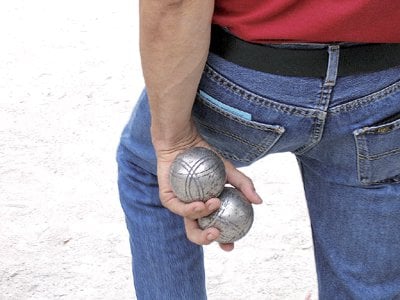 PHUKET: AT LAST, the 28th National Youth Games has finally arrived. Never before has Phuket been privileged to host such a large and significant sporting event.

Hundreds of athletes will compete in 40 sports and games, with thousands more coming to cheer them on. Apart from the usual sports spectators expect to see there will also be a number of lesser-known disciplines. As a guide for readers, a few of the more unusual sports, along with information about where and when to watch is listed below.

Kabaddi: May 30 to June 5 at the Prince of Songkla University Phuket Campus Gym in Kathu. This sport, often played indoors, is popular across much of South Asia. It involves two teams of seven, and lots of tackling, as players try to gain points by “raiding” their opponents turf.

Sepak Takraw: May 25 to June 5 at Baan Samkong Municipal School. The national sport of Thailand, Myanmar and Malaysia, this game is similar to foot volleyball, but using a woven ball. This is a “must see” for those who enjoy fast paced, acrobatic maneuvers. Thailand is among many Southeast Asian nations working to have the sport included in the Olympic Games, thus far without success.

Hoop Takraw: May 26 to June 4 at Phuket Technical College on Yaowarat Rd in Phuket Town. A variation of takraw using a hoop instead of a net. Teams do not compete directly against one another, instead, they try to get as many points as possible in an allotted time.

Softball: May 27 to June 4 at Sanam Chai, opposite Phuket Provincial Hall. Unlike its name suggests, the ball used in this sport is not soft at all and is larger than its parent: the American baseball. Due to its mass, however, the pace of play tends to be lighter than baseball, which is not one of the 40 sports.

Soft Tennis: May 27 to June 4 at the Saphan Hin tennis courts. Similar to standard singles and doubles tennis, except that participants use a soft rubber ball.

Remote Control (RC) Airplane flying: May 31 to June 1 on Chaofa Thani Road, behind the Shell service station on Chao Fa West Road in Wichit. Keep your head low and your eyes peeled.

Bridge: May 28 to 31 at Phuket Rajbhat University in Rassada. Yes, the card game that grandma loves.

Pencak silat: May 30 to June 4 at the multipurpose building in Piboon Sawatdee Municipal School, next to the tennis courts on Narison Rd. This martial art is indigenous to Indonesia, but 32 national teams competed in the last world championships held in Jakarta.

Wushu: May 29 to June 2 at Phuket Thai Hua School on Wichit Songkram Road in Phuket Town. This sport, a form of traditional Chinese martial arts, is the essence of Kung Fu.

Snooker: May 26 to June 4 at Baan Bangneaw School on Phuket Road, walking distance from Saphan Hin. Parking in the area is notorious, so consider taking the pink Poh Thong Bus, Route 1, which covers all of Saphan Hin.

Go: May 27 to June 4 at Laddawan Assembly Room at the Chalermprakiet School in Saphan Hin. A simple-to-learn, difficult-to-master, ancient Asian board game.

Petanque: May 28 to June 3 at the multipurpose yard, Saphan Hin Sports Center. A form of boules that is, more or less, a big kid’s version of marbles. A hit with many old timers here in Phuket.

Woodball: June 1 and 2 at Saphan Hin Sports Center. Wooden mallets and balls, but definitely not croquet. A sport so obscure there are only two sentences about it on Wikipedia.

Schedule and venues for the Phuket Games

This list is not exhaustive. For more information, visit phuketgames.com.