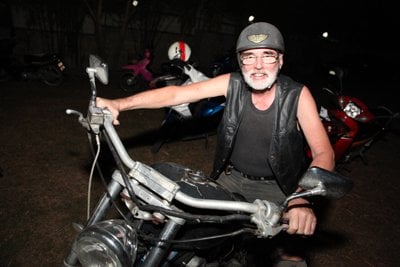 PHUKET: The many friends of Brian Alexander McCormick-Kid, better known as “Scotty”, will hold a motorcycle procession from Phuket Town to Rawai on Wednesday to honor the long-term Phuket expat.

Born in Glasgow 57 years ago, Scotty had lived in Thailand for 15 years.

Well known especially among the biker community, he died this week after a courageous battle with cancer.

Scotty was a skilled engineer who designed pyrotechnics for rock bands in the 1970s, but was known on Phuket for his skills as a motorcycle engineer.

Despite having only one leg, Scotty custom built and designed motorcycle parts and was described by his many friends as “tough as nails”, especially since three years ago he was diagnosed with lung cancer and given only three months to live.

He finally succumbed to his condition on Tuesday, May 22, at 8:35am, surrounded by friends.

Scotty leaves behind an ex-wife, a son and a sister.

According to friends, Scotty’s funeral arrangements are as follows:

Wednesday, May 30
Scotty will be moved from Vachira Phuket Hospital in Phuket Town to Rawai Temple. A motorcycle procession will leave from the traffic light junction between Vachira Hospital and Phuket Technical College at 10am.

May 30 to June 1
Scotty will be laid to rest at Rawai Temple where all are welcome to pay their respects.

Saturday, June 2
The cremation service will be at midday. From 5pm at the Ao Chalong Yacht Club friends will celebrate Scotty’s life with an old-fashioned Scottish wake with live music provided by Rockin’ Angels and friends.