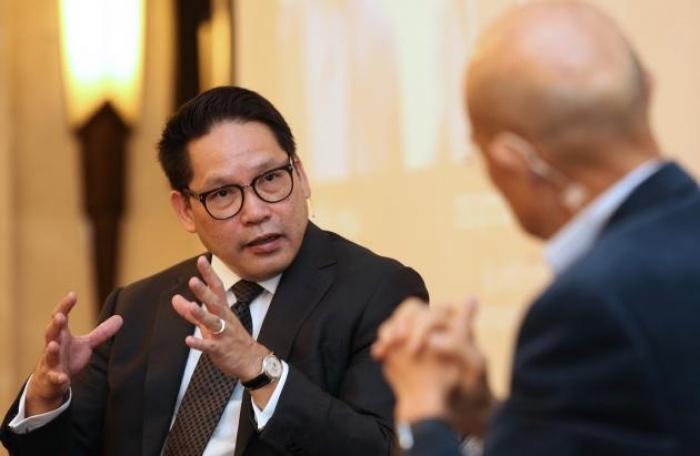 The announcement was made at a conference yesterday where the Deputy PM invited entrepreneurs from the South Korean city of Busan to invest in Thailand.

Deputy PM Somkid chaired a signing ceremony between Phuket Governor Chamroen Tipayapongtada and the mayor of the South Korean city of Busan on an agreement for applying the development patterns of South Korea’s smart cities and digital technology for Phuket.

Deputy PM Somkid said that the Thai government had been developing a smart-city concept focusing on information-technology systems, which would become the foundation for the economy, society and tourism.

He said that cooperation between Thailand and South Korea was needed to benefit from that country’s experience in creative economy, smart cities, and management of global ports. Busan stands out in these capabilities as it is Asia’s largest international port city and is developing rapidly.

Information and Communications Technology Minister Uttama Savanayana said the Software Industry Promotion Agency (SIPA) would utilize the budget to develop the infrastructure system for a smart city in Phuket.

Within two years, Phuket aims to have 2,000 closed-circuit TV cameras to monitor traffic so as to assess the cause of accidents and prevent them. Knowledge exchange for development of start-up operators will also be done in the city.

It will become part of the Internet of Things, using an IT network to switch lights in public areas on and off, connect information and distribute mobile-phone SIMs for foreign tourists to help them use services for improvement of the environment and safety.

Deputy Commerce Minister Suvit Maesincee said an incubation center was being set up for new IT operators as a way to lower their costs. The center will provide knowledge on legal issues, copyrights, sources of financing and joint investment with large private enterprises. The ministry decided to take this step after seeing South Korea’s experience in persuading big businesses like Samsung to help establish 17 incubators for small and large enterprises in the country.

Deputy PM Somkid added that special privileges would be provided for Korean investors who want to establish their businesses in Thailand’s new special economic zones, while the government would stand behind Thai investors initiating negotiations with Korean investors.