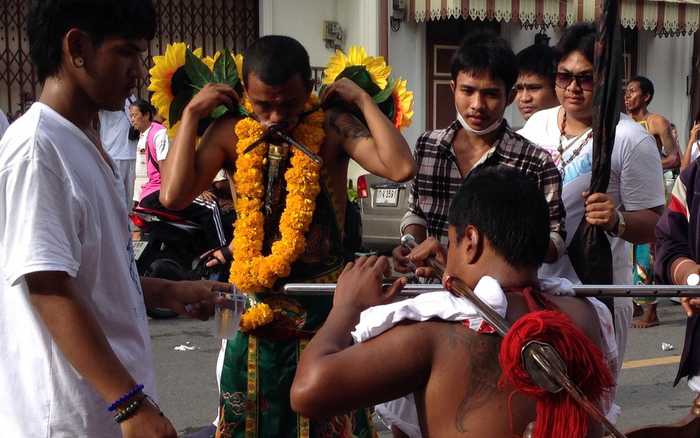 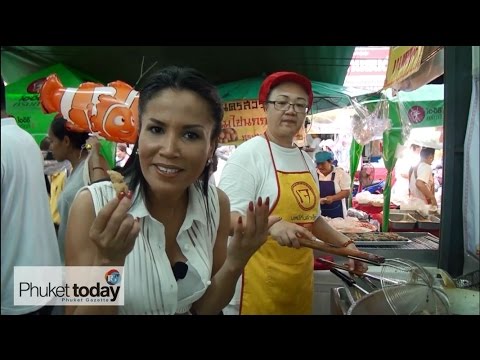 A much-anticipated aspect of the Vegetarian Festival is the bountiful array of interesting foods.

PHUKET: Kathu Shrine is preparing to hold the second go-round of Phuket’s Vegetarian Festival from October 24 to November 1.

Governor Nisit Jansomwong has urged all island-dwellers to take part in this special event, as a few shrines on the island are expected to hold even bigger celebrations than last time.

“We expect this festival to be much bigger, especially during the Kathu Shrine street processions. The parade of ma song will be much better attended, as devotees from other shrines on the island will join in,” said Governor Nisit.

The Kathu and Cherng Talay shrines will host almost all activities included in the annual fest, including the go-teng pole raisings and street processions. Only a few activities were left out of the plans, such as fire walking.

The Kathu Shrine will erect its go-teng pole, allowing the Nine Emperor Gods to once again descend from the heavens, at about 5pm on October 23.

The street procession from Kathu Shrine to Saphan Hin will take place on October 31.

This is the first time in the history of the world famous Phuket Vegetarian Festival that the event has happened twice in one year (story here). This year will see twice the number of 9th months in the Chinese lunar calendar – a phenomenon that only happens every 99 years – and twice the number of visits from the gods.