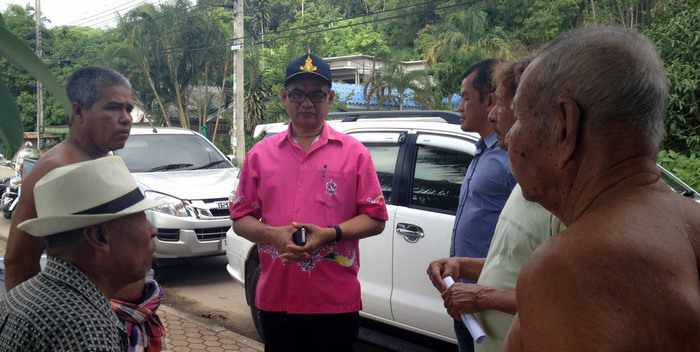 “We had about 70 people on our task force including Navy personnel and staffers from the Pa Khlok Municipality, as well as officers from the Thalang Police Station and Marine Office,” said Pa Khlok Subdistrict Administration (OrBorTor) Mayor Panya Sampaorat.

The dismantling and cleanup is expected to take five days, Mr Panya said.

“We did not press charges against any villagers as they cooperated fully in pulling down their structures,” he added.

Tassanee Kawiset, 23, one of the many locals who pulled down her business today, works in a souvenir shop that her mother first opened 25 years ago.

“We pulled our shop down today. It wasn’t a problem for us,” Ms Tassanee said. “We knew it was set up illegally.”

The Pa Khlok Municipality has offered to help Ms Tassanee and her family find a new place for the shop, Ms Tassanee said.

The Ao Por Pier attracts about 2,000 tourists a day; clearing the beachfront will make the town more beautiful for them, Mr Panya said.

Islands off Phuket’s east coast next up in beach cleanup