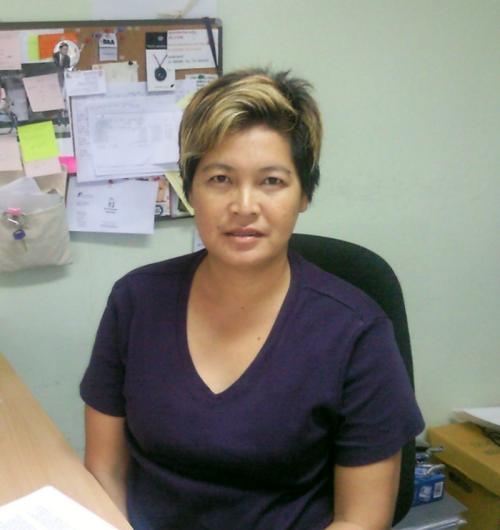 Daoroong ‘Joojee’ Rodsamnam, 49, from Bangkok, has been project manager for the Life Home Project Foundation, a shelter for HIV-positive mothers and their children, for seven years. Here, she talks about HIV in Phuket, the goals and challenges of the Foundation and what motivated her to work there.

PHUKET: Phuket is always in the top-five provinces in Thailand in terms of numbers of people with HIV and AIDS. People come and go on the island, which makes it hard to control the disease.

The main goals of our foundation are to provide help to HIV-affected mothers and their children, destigmatize HIV through educational outreach programs, and teach people about safe sex.

The biggest challenge we face is finding funding to support the women and children who live in our house, the children in the 170 families we serve across the island, and our educational outreach programs.

Our house can accommodate 40 people. Right now we have 22 children and 10 women staying here. The children are either HIV-affected or orphans of people with AIDS who passed away.

Children can live in the house until age 18. Normally, women can live here for a maximum of six months, but in some cases, if they have nowhere to go or can’t live by themselves, they stay longer.

Although we provide housing, the best situation is for HIV-affected people to live with their families in their own neighborhoods or villages, and have as normal a life as possible.

Unfortunately, Thai society still doesn’t accept HIV-positive people. This is partly because years ago, in a campaign to stop HIV, the government portrayed it as disgusting and scary. The campaign was successful, but it left people afraid of HIV.

Some families reject their relatives who are HIV-positive, so we try to teach them that people with HIV can live in the same house with other people.

Actually, it’s not easy to get HIV in a daily-life setting. As you may know, the virus is transmitted by the transfer of blood, semen, pre-ejaculate, vaginal fluid or breast milk.

The children who stay with us go to regular schools on the island, but because of the stigma, they cannot tell anyone at school they have HIV.

Our goal is for everyone to understand that HIV-positive people can live normally in society with other people.

Another thing I am worried about in Phuket is teenagers getting HIV at younger ages. Some are as young as 12 years old. They get it from having unprotected sex.

I want everyone to understand that having safe sex is very important. Using condoms is the only way to protect yourself from getting HIV.

I never planned to do this job. I came to Phuket intending to start my own business, but I have yet to do that.

It was my children that made me stay – they are teenagers, and I felt that if I didn’t do something good for society, that somehow bad luck would come to them. So I decided to work with the foundation to prevent HIV and to support anyone who had it.

We are fortunate to get free HIV drugs from the government through Vachira Phuket Hospital, but we are grateful for donations of money, clothes or toiletries directly to our house. Information about us, including our bank account number, is available on our website: Lifehomeproject.org.