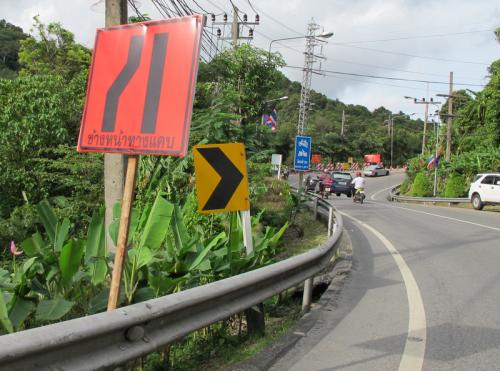 “Patong Hill Road in undergoing permanent restoration (story here). A contract was signed on May 15 and the repairs are expected to be completed by October 12,” Mr Samak told the Phuket Gazette.

The section of road, just west of the Chinese shrine at the top of the hill, was first washed away by heavy rains in 2011 and then again in September 2012 (story here).

Several million baht was previously used to temporarily shore up the section of road until the budget for permanent solution was approved, Mr Samak explained (story here).

“Once it is completed, it will last at least 20 years,” he added.