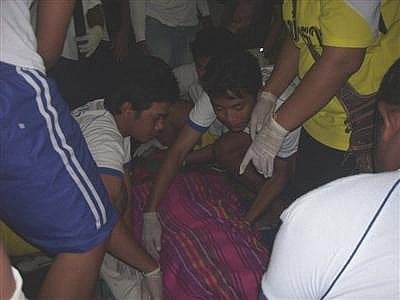 PHUKET: Funeral services are being held this morning for a Phuket tour guide who drowned during a kayak tour in Phang Nga Bay yesterday afternoon.

The deceased has been identified as 25-year-old Suriyan “Mee Mee” Rachapai, a resident of Ao Por.

Mr Suriyan apparently had a diabetic seizure after diving into the sea during a routine tour of Koh Hong in Krabi.

However, he insisted on taking tourists on kayak tours because he loved his job so much.

Fellow crew members said he dived into the sea during a “swim break” and came up smiling.

He then dove under again and never resurfaced.

John Grey, who rushed to the scene by speedboat, said he initially suspected a box jellyfish may have been responsible.

He said there was no clear explanation for the disappearance of the experienced guide, who had been working for him for about three years and was very highly regarded by both guests and colleagues.

Conditions at the time were perfect and there was little or no current.

“It was as if God simply said, ‘Now is your time’,” he said, breaking into tears.

Mr Suriyan’s body was recovered by Kusolharm Foundation divers and returned to Ao Por Pier at about 9am.

John Gray said he was satisfied with the emergency response procedures of his crew, but was very disappointed that national park staff did not assist in the rescue effort.

Kusoldharm workers took his remains to Thalang Hospital, where the cause of death was listed as “drowning following a diabetic seizure”, Mr Gray said.

All the members of the tour were offered refunds, but instead chose to donate the money to a fund for Mr Suriyan’s family provided by the company.

John Grey said he initially called to suspend today’s tours, but his colleagues insisted they continue as a tribute to Mr Suriyan.

Mr Suriyan’s funeral services were held at 10am today in the Muslim tradition.