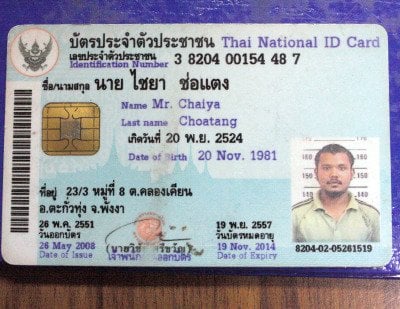 PHUKET: A motorcyclist died early this morning after his motorbike collided head-on with a pickup truck on Chao Fa East Rd in Chalong.

Mr Chaiya’s motorbike collided with the pick-up, truck driven by Chalong resident Kitti Lukchan, at about 3:30am.

Driving southbound at the time of the crash, Mr Chaiya is thought to have died instantly from a broken neck.

A full-face motorcycle crash helmet was found at the crash scene.

Mr Chaiya’s remains were taken to Vachira Phuket Hospital where they will be kept until claimed by relatives.