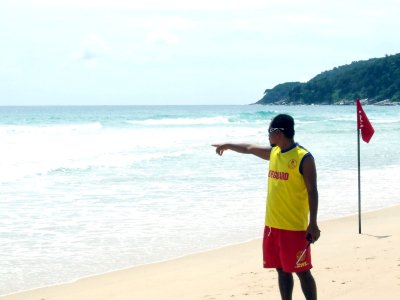 PHUKET: Almost 75% of Phuket Gazette readers polled feel that resorts on the island are not doing enough to warn their guests of the potential dangers at beaches during the monsoon season.

The poll was prompted by a recent spate of tourist drownings and a call by exasperated members of the Phuket Lifeguard Club for more cooperation from resorts.

Overall, 74.1% of readers thought resorts were not doing enough to warn tourists, while just 25.9% thought they were.

In a breakdown by demographics, local expat residents were the most pessimistic, with 80% saying resorts weren’t doing enough.

Among voters who identified themselves as Thai, 68% thought resorts weren’t doing enough.

Overall, 448 readers took part in the poll, which was posted on August 9.

Almost half of those who took part identified themselves as foreign residents.

Blackouts in Phuket this week