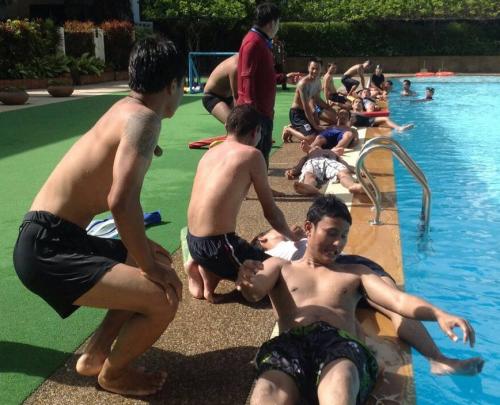 PHUKET: Amid concerns over the high number of drownings in recent years, the Phuket Marine Police are providing lifeguard training to staff at hotels and resorts in Patong.

The officers are also recruiting more volunteers from Patong’s hospitality industry to join a network of people trained to swiftly report crimes.

“The goal of the training was to increase the number of Patong Beach workers who can use life-saving skills at sea,” he explained.

“The training program was headed by Marine Police Deputy Inspector Jeerayuth Onthong. We also taught the staffers about Marine Police regulations and how to report crime as part of a network of volunteers assisting the police,” Lt Col Panya said.

“We are aiming at ensuring more people have sea-rescue skills as we are all residents of Phuket, Thailand’s leading beach province. Gaining more volunteers to notify us of crimes as soon as possible will also be of great benefit to us. The sooner a crime is reported, the sooner we can act against it,” he added.