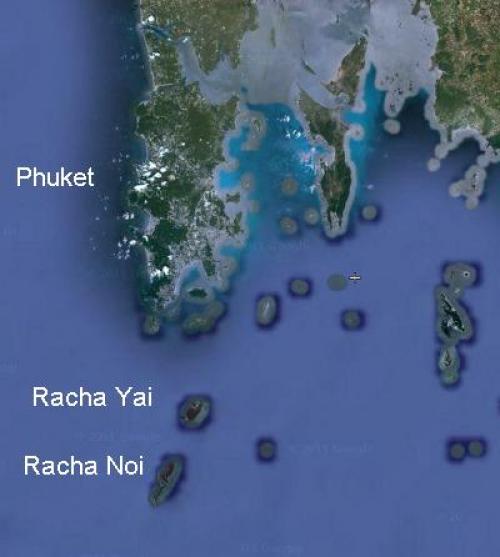 PHUKET: The Royal Thai Navy has launched an air-sea rescue effort to recover the missing crew from Bangladeshi cargo ship MV Hope after the vessel capsized in heavy seas south of Phuket early this morning.

The MV Hope, registered at 97 meters long, started taking on water in heavy seas at about 1:10am, reported Capt Thammawat Malaisukkarin, Director of the Naval Civil Affairs.

“It was heading to Bangladesh, but it was hit by waves reaching up to four meters,” Capt Thammawat told the Phuket Gazette.

“The ship began listing and the crew decided to abandon ship. Before launching the lifeboats, they sent an Inmarsat distress signal, which was relayed to the Thai Department of Civil Aviation,” he explained.

The MV Hope was about 25 nautical miles south of Koh Racha Noi when the heavy seas began to take their toll, he added.

Another Bangladeshi cargo ship, MV Bux Moon, was nearby and rendered assistance. They brought on board 17 people.

At least 13 people are still missing.

The Royal Thai Navy Third Area Command, based at Cape Panwa on Phuket’s east coast, dispatched one of its vessels to search for the missing crew.

“However, searching for them in this weather will be difficult,” Capt Thammawat noted.

“We also have a helicopter on standby, but it cannot take off in these conditions,” he added.