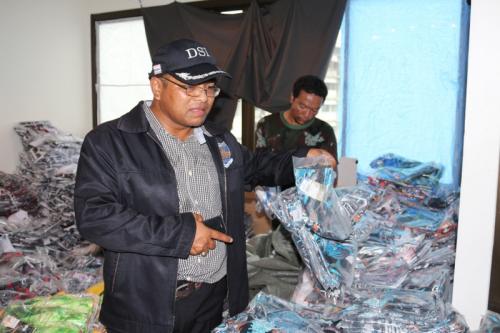 Armed with a search warrant and joined by officers from the Patong Police, the DSI agents raided two three-story shophouses in Soi Sukcharoen, off Phang Muang Sai Kor Road in Patong (map here).

“Phuket, and Patong in particular, is a haven for pirate goods merchants due to the number of tourists who come here,” he said.