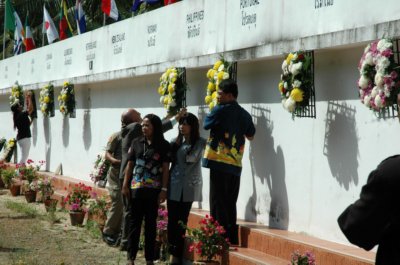 PHUKET: Today marks the fourth anniversary of the Indian Ocean tsunami, which was triggered by an earthquake that measured close to nine on the Richter scale.

More than 5,000 people, mostly international tourists, were killed in Thailand’s six Andaman coastal provinces when the killer waves struck. Indonesia, India and Sri Lanka were also hard hit by the waves created by the earthquake.

According to the Thai Tsunami Victim Identification and Repatriation Center in Phang Nga, the bodies of nearly 400 tsunami victims remain unidentified.

Center director Nitinai Sornsongkram said that despite ongoing efforts, 388 of the 3,696 bodies that the center received in February 2005 have yet to be identified and retrieved by relatives. At present, 445 persons are still unaccounted for. Of these, 290 are Thai, 95 are Burmese and 60 are Scandinavian.