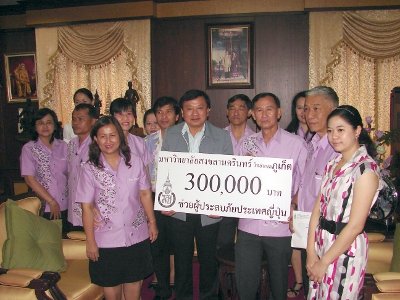 PHUKET: The local community has so far given more than 750,000 baht to the Phuket Tsunami Relief Center for Japan, which will be accepting donations until noon on March 26.

The fund more than doubled after two large donations were made today, she said.

Donations still can be made in person at the center, located on the first floor of Provincial Hall, or by bank transfer to: Phuket Tsunami Relief Center for Japan, Account No 805-0-41578-3, Krungthai Bank, Phuket Branch.