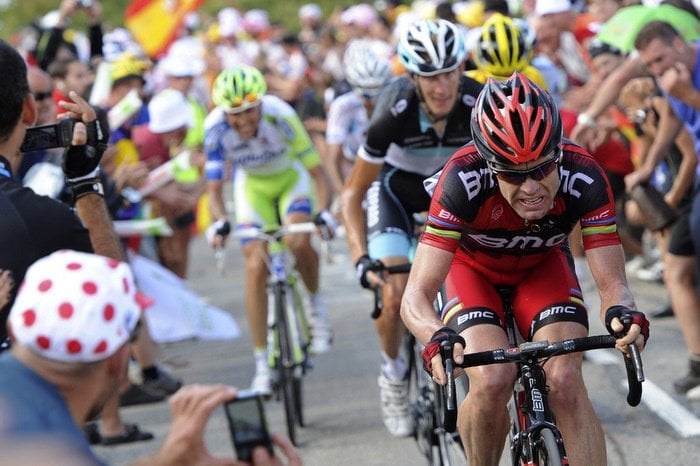 PHUKET: About 150 riders will take to the streets of Phuket this Sunday for the Thanyapura Gran Fondo, a 120km bicycle road race to be headed by Tour de France green jersey winner Baden Cooke.

The Gran Fondo is a long-distance road bicycle race in which riders are individually chip timed and have the right of way at all intersections. The course heads north from Thanyapura in Thalang, crosses the bridge to Phang Nga, where cyclists complete a large lap of most of the province, then return to Phuket to cross the finish line.

The start line opens at 6am, with cyclists taking part in the Gran Fondo pushing off at 7am sharp. Cyclists joining the less-gruelling 40km “Mini Fondo” will start 10 minutes later.

Cyclists will race in Open or Junior (under 18s) categories on either course, and trophies will be awarded to the top three finishers in the men’s and women’s division in each category.

Cooke, who retired in 2013 as a veteran of six Tour de France campaigns and as an athlete at the 2004 Olympics, has been heading a training clinic at Thanyapura in preparation for the race, alongside Nick Gates, a retired professional cyclist and Tour de France rider who now heads Thanyapura’s new Cycling Academy.

The clinic, which began on April 11, concludes on Sunday.

Among the training tips has been expert advice from Cadel Evans, the former Australian professional racing cyclist and winner of the 2011 Tour de France.

Evans was in Phuket recently for his first time training in the Kingdom.

“The humidity certainly is a factor, and it would do people well to lose a couple of pounds before getting here. Other than that the roads are good and the drivers are patient. They’re not in a hurry to go anywhere,” he said.

Training in Phuket has other advantages, Evans noted.

“In powering over hills, power-to-weight ratio is key, but here the gradient increases as you get close to the top, which can be demoralizing as that is when you start to get tired,” he said.

“But the hills here are small enough [compared to the Tour de France] that you can stay out of the saddle all the way to the top.”

Evans also advised cyclists to use the race as an opportunity to work on their levels of concentration.

“A race like the Tour de France requires a lot of concentration – not intense, but for a long duration. Otherwise it’s one traffic island and it’s one crash,” he warned.

Phuket lifeguards back on beaches “within a week’