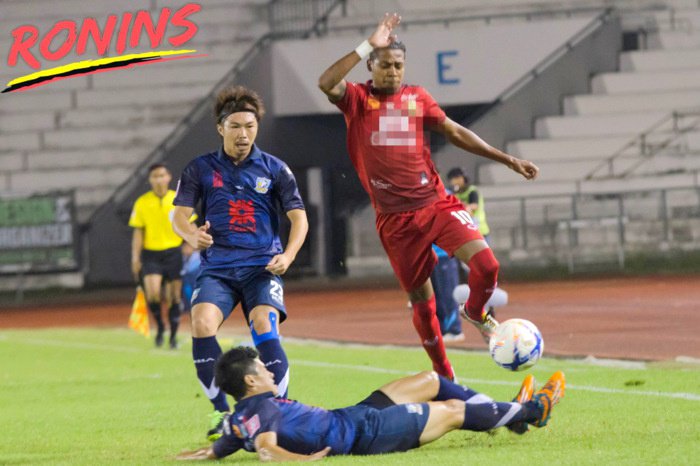 PHUKET: The island’s Phuket FC is looking to rebuild their confidence after their 2-0 loss away to Air Force Central (AFC) FC on April 8.

AFC supporters had to wait until only the 19th minute to roar with delight as the Bangkok squad’s Nigerian midfielder Julius Obioh slotted the ball into the net after receiving a superb cross from fellow midfielder Kittikrai Jantaraksa.

The home side struck again in the 37th minute, when Obioh’s neat pass found AFC striker Sarayuth Chaikamdee, who volleyed the ball into the net.

But the high-fliers struggled in the second half as the Ronins raised their game. In the 77th minute, Phuket FC striker Pipat Thonkaya fired from near the penalty spot.

His shot passed AFC goalkeeper Kritsakorn Kerdpol, currently on loan from the Chainat Hornbills, but hit the post to count for naught.

“We were missing key players. Midfielder Alef Pochi is sidelined swerving a ban, and midfielder Wasan Samansin along with forward Suriya Pawarana are both out injured.

“We fielded the strongest team we could and we played better in the second half, but it wasn’t enough. We missed a lot opportunities that we should have taken advantage of. We were not good enough in defense.”

The loss cost Phuket FC three positions on Yamaha League One table, and they now face Samut Songkram at Surakul Stadium on April 22 in ninth position in the league.

This Saturday, Phuket FC will travel to Lampang for the early stage match for the Toyota League Cup.

“We are working the squad extra hard to fire them up to really want their next victory,” Coach Dang noted.

“We have been in training all through the Songkran holidays for our away game in Lampang, and we will use the bench as best we can to mix up our play to earn a solid victory.”

No charges over boat collision off Phuket