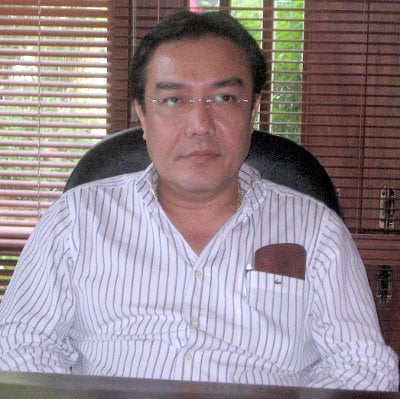 PHUKET: After staging a successful protest in front of the office of a local property development firm yesterday, residents of the Chao Fa Garden Home 3 housing estate in Phuket will get back taxes they claim they were duped into paying by the home builder.

About 100 residents of the sprawling estate, located off Thepkrasattri Road in Koh Kaew, gathered in front of the offices of Winpro Property Company Ltd yesterday.

A representative of the protesters told the Phuket Gazette that she and every other homeowner in the 562-unit estate had been tricked into paying both corporate income tax and specific business tax that were by law the responsibility of the developer to pay.

“When we first bought the house, we went with the project staff to Phuket Land Office to transfer the title deed. The housing project staff member asked us to wait outside while he went inside and talked with the Land Department officer. After that, he came out and told us how much money we had to pay. Most of us didn’t have any knowledge about real estate transfer law. We trusted the project staff not to exploit us, so we agreed to pay,” said the representative, who asked that her name not be published.

“We found out later on our bills that we had been charged for both corporate income tax and specific business tax. Some residents consulted friends or relatives working in the legal field and we finally learned the law in detail. Now we are here to get our money back,” she added.

At 4:30pm yesterday Winpro Property CEO Kasem Srirat held a press conference in which he promised to repay all of the money in question.

It was “customary” for developers and buyers in Phuket to split all transfer fees and taxes down the middle, he contended.

“The contract that they signed clearly states that they are responsible for half of all transfer fees and taxes, but we have nevertheless agreed to give them a full refund,” he said.

Winpro would need 15 to 30 days to review all the documents and begin to make repayments in two batches, he said.

Residents of the estate’s Phase 1 section would be paid between June 15 and 30. Those in Phase 2 would be repaid from July 1 to July 15, he said.

Phase 1 residents would be given priority because they always paid their share of the costs for gardening, security staff, trash collection and other services on time, he said.

Winpro would go ahead with the repayment without waiting for a ruling by the Consumer Protection Board at Phuket Provincial Hall Damrongtham Center, where the residents had filed a complaint.

The representative of the residents seemed unimpressed with this show of munificence, however.

She told the Gazette after the meeting that the contract obligated residents to pay half of the transfer fees, but makes no specific reference to corporate income tax or specific business tax.

“Section 63 of The Land Adjustment Act clearly states that those two taxes are the responsibility of the project owner or a [juristic entity] committee, so they either have to give us back all of our money or come up with a better explanation,” the representative said.