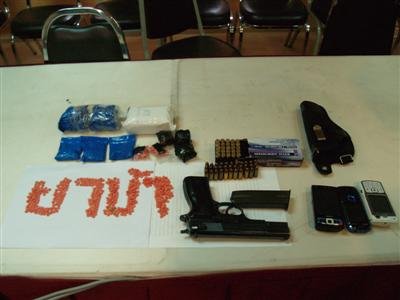 PHUKET: Gazette readers are somewhat dubious that a new “White Hotel” project being set up by Phuket City Police and local hotel operators will have the desired affect of reducing illegal drug use.

One of the key elements to the initiative, still in its preliminary stages, would be mandatory, random drug testing of all staff at hotels, guest houses and other accommodation establishments.

Of all readers who took part in the one-week poll, 45.2% overall said they didn’t think random drug testing would reduce illegal drug use.

In a breakdown by demographic, people who identified themselves as foreign residents were the most pessimistic, with 56% saying drug testing wouldn’t help compared to 39% who said that it would.

Both Thais and foreign tourists were more likely to think drug testing would be a success, however.

Among Thais, 44% thought testing would decrease drug use compared to 37% who said that it would not.

Among tourists, 43% thought testing would decrease drug use compared to 33% who said that it would not.

If you have an interesting idea for a poll send it to: polls@phuketgazette.net

Phuket in for harsh weather: MET