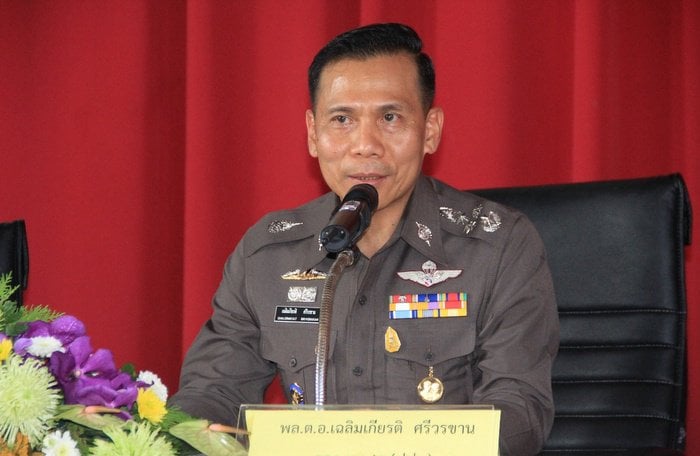 PHUKET: A total of 66 arrest warrants have been issued for those involved in the Thalang Police Station riot, Deputy National Police Chief Chalermkiat Srivorakan confirmed today.

“Investigators are still working on the case. However, 66 warrants have been issued for either illegal gathering in public, arson, damaging property or creating a blockade,” Gen Chalermkiat explained.

More than 20 police officers were injured and more than 6 million baht worth of damage was done to the police station and nearby vehicles during the October 10 riot (story here).

Last week, 33 arrest warrants were issued, with a further 14 expected to be handed out within days (story here).

“Police are working hard on the case. It would be wise for the suspects to turn themselves in rather than be caught,” Gen Chalermkiat said. “We have no choice. We will make sure justice is served.”

Region 8 Police Commander Tesa Siriwato confirmed that the names of all 66 suspects would be released soon.