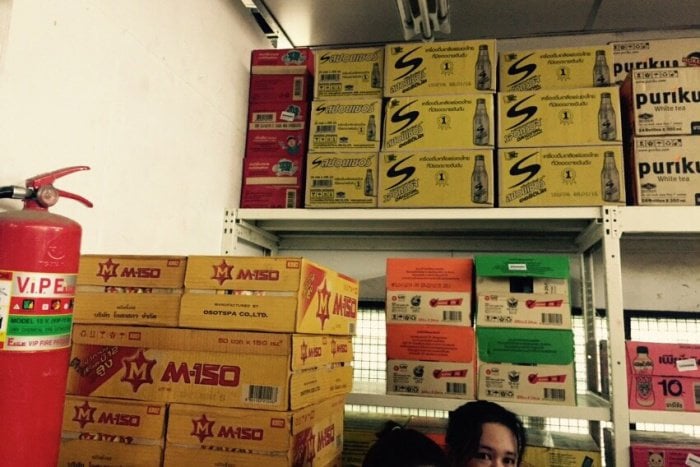 PHUKET: Police have issued a security warning to convenience store staffers after dozens of Ichitan drink lids – which are part of a promotion to win a free Mercedes-Benz – were stolen from a SuperCheap in Rawai.

The warning follows a Facebook post by an employee named Joy Hudrudchai that complained about lids of Ichitan and Yen Yen drinks being stolen in order to win Ichitan’s “50 cars, 50 days” contest.

The post read, “Dear Mr Tan [Tan Passakornnatee, CEO of Ichitan], we, Supercheap Bang Khontee branch, lost a lot of Ichitan and Yen Yen from our stocks because people want to win your Mercedes-Benz without paying for it. Our lids were stolen every day.”

“I was told by an employee that nine lids had been stolen on March 11. There have been three robberies total, the most recent one being last night at about 10pm – 36 lids have been stolen,” said Col Anan.

“I also learned that the owner of the store was not happy with Ms Joy’s Facebook post, as it went viral on social media.”

The owner of the store will not be filing a complaint, Col Anan confirmed.

“Police will not investigate this case, as there is no complaint being made. This is now between the store owner and the staff,” he said.

“However, I advised that the owner install CCTV footage in the shop to prevent future thefts and for security reasons.

“Ultimately, it comes down to employees taking care of the shop and monitoring activities during their shifts.”

Col Anan noted that the staff were being asked to reimburse the store for the stolen drinks.

Ms Joy’s Facebook page is currently unavailable. The Ichitan campaign began on March 5 and will run through May 21.