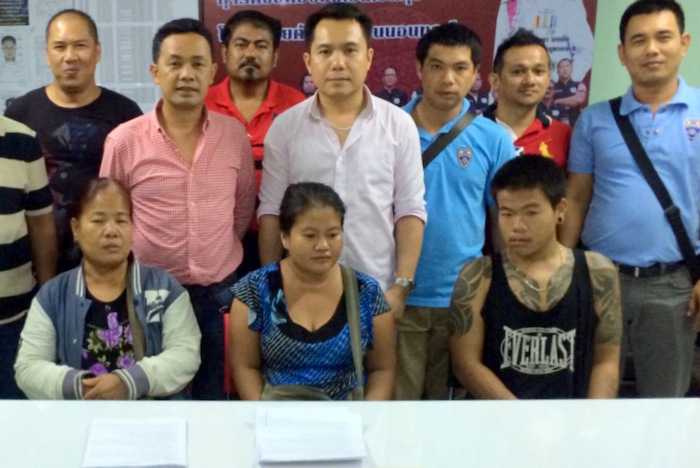 PHUKET: A 10-year-old Cambodian boy and his 6-year-old sister are under close watch by welfare officers after being rescued from human traffickers by Patong Police on Thursday.

“The children are now safe in one of our shelters. We will talk to them more on Monday about what is going on, and that may lead us to more suspects,” said Sirumporn Komonsanao, director of the Department of Social Development and Human Security office in Phuket.

“We are afraid the kids will be threatened by other people in the gang who have yet to be arrested. We believe there are more of them,” she told the Phuket Gazette today.

The three were named in Thai by police as Thai national Wichai Thongmee, 20, and Vietnamese women Moon Chum, 31, and Lay Thee Hong Em, 50.

“They have all been charged with human trafficking, and with child abduction and gang-related deprivation of liberty against minors,” Col Khunnadet confirmed.

The raid in Patong followed a tip-off from an NGO in Chiang Rai, said Ms Sirumporn.

“When some of the NGO’s members saw the two Cambodian children selling flowers in Patong, they informed police. So the NGO and the police worked together until they made the raid,” she explained.

Meanwhile, Col Khunnadet assured that his officers were continuing their investigation in the hope of arresting more suspects involved in the human-trafficking gang.

Girl remains in ICU after truck crashes into Phuket sinkhole