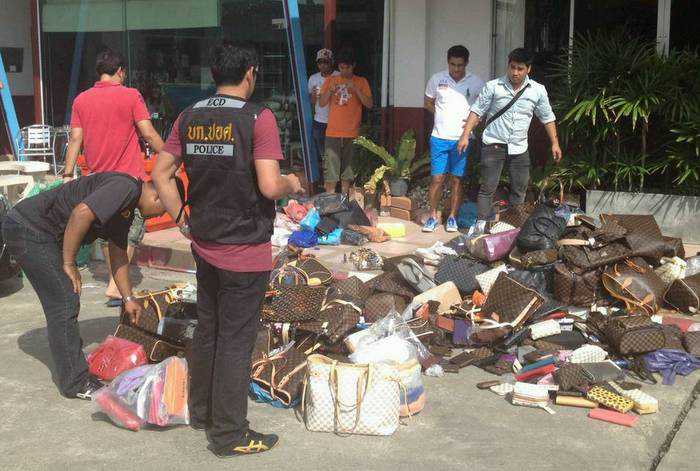 PHUKET: About 1,500 fake brand-name items were seized from three shops in Patong on Thursday.

“The retail value of the counterfeit goods is about 1 million baht,” said Kitti Sapaothong, deputy commander of the Economic Crime Division of the Royal Thai Police.

The majority of the items seized were polo shirts. However, bags, purses, luggage, watches and other items were also collected as evidence.

Thitika Katpituktam, 23, was the sole person arrested in conjunction with the raid on the shops.

Ms Thitika will face charges for selling fake copyrighted goods, which carries a penalty of up to two years imprisonment, a 400,000 baht fine or both, confirmed police.