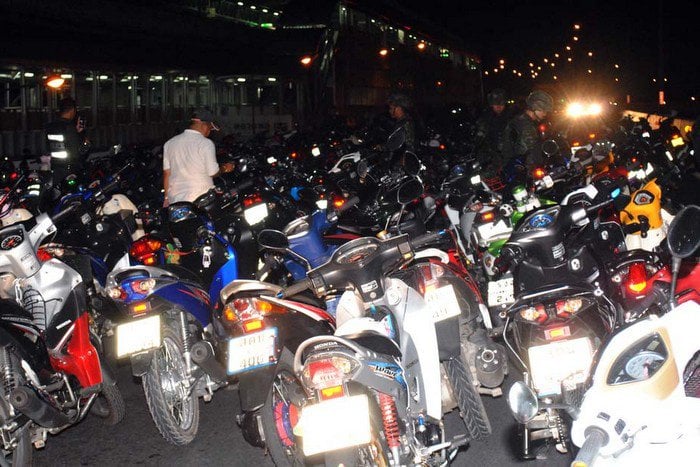 PHUKET: Phuket police are not worried about social media users posting warnings for motorists about standard checkpoints on the island, but will consider pressing charges if a post helps street-racing youths avoid authorities.

The news follows a report by The Nation this week that police in Bangkok are considering taking legal action against those who post locations of checkpoints online to give a heads up to street racers.

Phuket Provincial Police Deputy Commander Peerayuth Karajedee told the Phuket Gazette on Monday that he isn’t worried about people posting locations of checkpoints online, as police on the island are able to do their jobs and make arrests for traffic offences in spite of the warnings.

“We are still able to make plenty of arrests at checkpoints for crimes such as drug and weapon possession, and traffic offences such as motorists not wearing helmets,” said Col Peerayuth.

“Sharing checkpoints online might actually lead people to be more cautious. If people know we are waiting, they might put on their helmets instead of risking their lives without them.

“We will determine case-by-case whether or not a certain post has affected police work. It is difficult to generalize and say that each post about a checkpoint has a direct effect on whether or not we catch a criminal.”

Deputy Superintendent Teerawat Leamsuwan of the Phuket City Traffic Police insisted that street racing is not an issue in Phuket.

“Street racing rarely happens here. However, we do watch out for it,” said Col Teerawat. “If such a crime occurs we will take immediate action.”

“Police would consider pressing charges against someone who warns street racers about a checkpoint.”