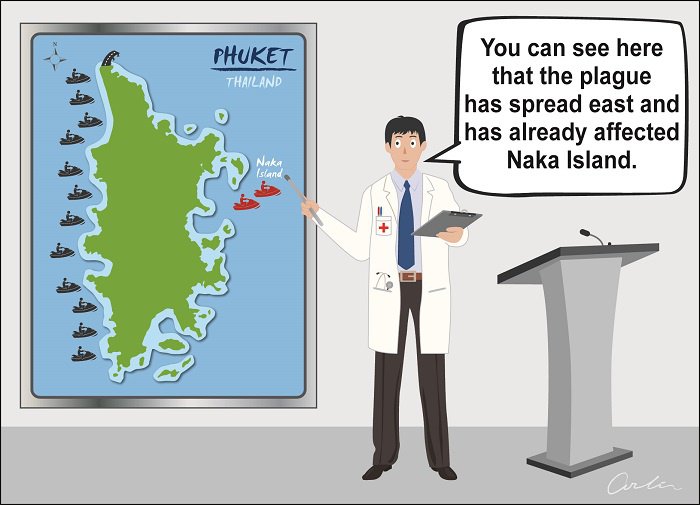 PHUKET: Officials’ reactions to efforts by one resort to spare its guests the annoyance and dangers posed by jet-skis indicate that this plague on Phuket’s tourism industry is highly-resistant, defying everything from common sense to existing Thai maritime law.

It remains mystifying how this particular industry has somehow been spared the law-and-order crackdown that has gone a long way toward putting an end to scamming and other illegalities in other parts of the tourism sector.

From any reasonable perspective, the jet-ski rental industry would appear to have been the perfect candidate for a similar clampdown or, far better, complete elimination.

The Gazette has conducted a number of online readers’ polls over the years about jet-skis, the results of which have consistently shown that a vast majority of readers, Thais and foreigners alike, would like to see Phuket free of jet-skis for hire.

The statistical trend generally shows growth toward more ‘anti’ jet-ski sentiments. The most recent poll, conducted earlier this year, indicated that 75 per cent of all respondents felt jet-skis had no place on any local beach.

Even more telling is the fact that only five per cent of the tourists who took part in that survey found the jet-ski status quo acceptable. If tourists, the lifeblood of the island’s economy, don’t want jet-skis for rent, then who does?

Not only do they remain, but they seem to be flourishing, much to the concern of resort owners and tourists with the temerity to think that they can enjoy a peaceful swim at a Phuket beach.

Unfortunately, the industry continues to enjoy the support of the Phuket Marine Office, the one agency that should have phased them out under a plan introduced more than a decade ago.

Phuket Marine Office Chief Phuripat Theerakulpisut reportedly told a recent gathering of the island’s honorary consuls that ‘the jet-ski problem was solved’ under yet another ‘re-zoning scheme’ – one that gives jet-skis access to about half of Patong Beach and now, apparently, even the remote beaches surrounding The Naka Island resort.

This is just the type of place tourists choose for a peaceful sojourn – not to be imperiled by jet-ski cowboys the moment they dip their toes in the water.

The elimination of the jet-ski rental industry could be achieved overnight through the simple enforcement of a long-ignored regulation requiring jet-ski operators to possess a captain’s licence.

The only role jet-skis should have is saving swimmers in distress.

This is surely the last chance we will ever get to put an end to the international embarrassment that is the jet-ski rental industry in Phuket.

For all these reasons, the Gazette would urge the National Council for Peace and Order to use its extraordinary powers under Section 44 of the 2014 Interim Charter to order an immediate ban on the rental of jet-skis nationwide, and to put an end not only to this spoiler of tourism and beaches, but also of the image of Thailand itself.