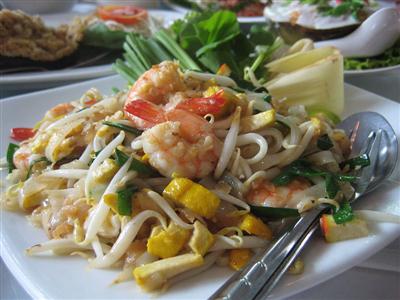 PHUKET: There are still seats left at the tables throughout Phuket tonight for what organizers expect to be the world’s largest-ever Thai dinner party.

Marriott chefs have created a Thai menu that will be served up simultaneously to diners in 3,400 Marriott hotels in 69 countries.

Thus far about 80 people have made reservations for the meal at the JW Marriott Phuket Resort & Spa in Mai Khao, where diners will feast at both the Ginja Taste restaurant and the Marriott Cafe. Other Marriott hotels in Phuket and Khao Lak will also be participating.

Dominic Sherry, a regional vice president for Marriott International Asia Pacific, said: “In an effort to restore Thailand’s position as a major tourist destination, we are reaching out to customers everywhere with one of the things they love most about Thailand – its food.

“We are very excited at the possibility of setting a new world record. It has become a real team effort with participation from numerous hotels and resorts around the globe …and an extremely exciting initiative to support the wonderful country and people of Thailand,” he added.

Representatives from the Tourism Authority of Thailand and Thai embassies around the world, as well as media, are expected to join in the festivities, which will be monitored by Guinness Book observers.

For more information about the Phuket event click here.