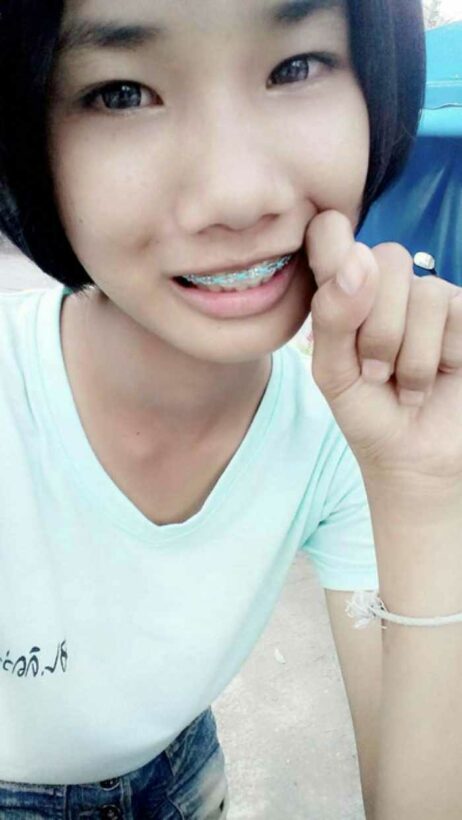 PHUKET: The worried parents of 13-year-old Sirinut “Nong Guy” Chaowalert are urging anyone who has seen their daughter to call them immediately.

Nong Guy was last seen at the family home in the Prompan housing estate near the SuperCheap complex on Thepkrasattri Road in Rassada on Saturday.

“She was at home with her 15-year-old sister while I was at work in Phuket Town,” said her father, Somsak Luesarntiwilai.

At about noon, Nong Guy’s sister went out to buy some snacks, when she came home shortly after, Nong Guy was missing.

The worried parents reported Nong Guy, a student at Muang Phuket Municipality School on Phun Pol Road in Phuket Town, as missing to police on Saturday.

“We have no clue where she may be. We called her friends and asked anyone we could think of, but so far we’ve found nothing,” said Mr Somsak.

“My wife has flown back from her work in Bangkok. We both are so worried we can barely sleep.