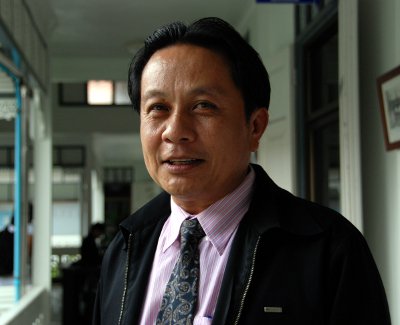 PHUKET: The Phuket provincial subcommittee for minimum wage rate review has applied to the Central Wage Committee in Bangkok to increase the minimum daily wage in Phuket to 300 baht, effective from January 1.

A 300-baht-per-day minimum wage for all government employees was passed by Cabinet on Tuesday and made retroactive to October 1 of this year.

Sutthipong Saisakares, chief of Provincial Labor Office, told the press that to balance worker income with high living costs on the island, the panel unanimously agreed to increase the base wage to 300 baht a day across all industries.

The subcommittee, which comprises a cross-selection of government, employer and employee representatives, reached its decision after coming to the conclusion that the wage rise would affect employer operating costs by no more than 15 per cent, said Mr Sutthipong.

“This will be offset by government initiatives, such as the reduction in corporate tax rates,” he said.

The expected inflationary effect of a 40 per cent jump in the wage rate was minimized by the fact that labor costs account for a maximum of about 15 per cent of total operating costs, even in labor-intensive industries, Mr Sutthipong explained.

“If the minimum wage were increased by 40 per cent, the cost of product would rise by about six per cent. However, the government is taking steps to reduce corporate income tax from 30 per cent to 23 per cent, so business operators will not have to bear the burden of paying higher wages,” he said.

However, the final decision whether or not to introduce the wage hike across all industries remained with the Central Wage Committee in Bangkok, he added.

For an alternative viewpoint on the impact of raising the minimum wage by one Phuket tourism industry operator pick up a copy of the Phuket Gazette that goes on sale from today.