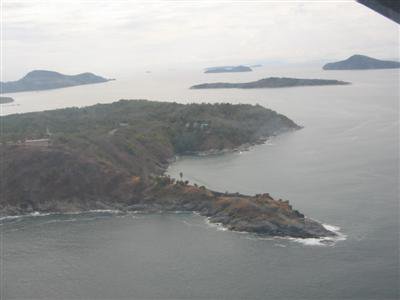 PHUKET: Phuket’s Laem Promthep may soon have a Muslim prayer hall (surau), says Rawai Mayor Aroon Solos. The mayor has confirmed that Rawai Municipality is considering plans to build such a facility on the iconic peninsula at the southernmost tip of Phuket island.

The surau, if built, is to provide a place for the Muslim faithful to perform prayers while visiting the landmark.

“The project has been proposed to Rawai Municipality council. I think the budget will be about one million baht, but we must first discuss it further with the leaders from the [four] mosques [in Rawai] and the Phuket Islamic Committee. We must also survey the area to find the right spot,” he said.

“I think construction could start next year,” Mayor Aroon added.

The announcement follows Mayor Aroon’s leadership of a high-level delegation to Baan Bang Konthi Mosque in Rawai on the evening of August 24.

From the 30,000 baht provided, each of the mosques sends one person annually to complete the Hajj pilgrimage to Mecca.