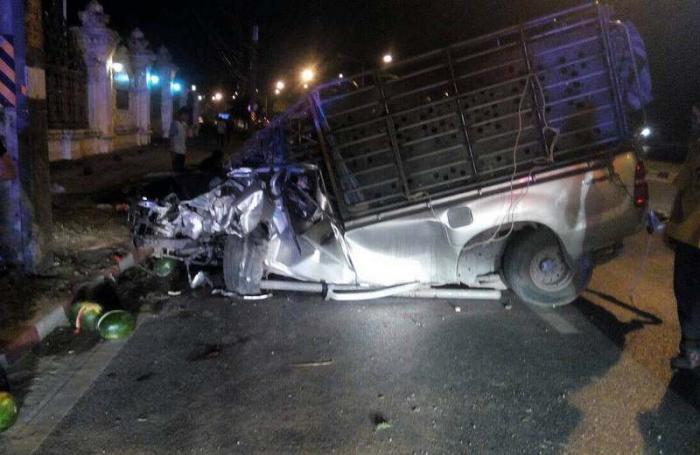 PHUKET: An out-of-control pick-up truck carrying more than 50,000 baht worth of watermelons collided with a power pole in Thalang earlier this week.

“There were smears of fruit everywhere on the road. It took rescue workers and police officers about an hour to clear it all up,” said Lt Kraisorn Boonprasop of the Thalang Police.

The truck driver, 41-year-old Veera Thongdee, told Thalang Police that he lost control of the truck when a bus cut him off. Mr Veera sustained minor injuries in the crash.

“I was bringing the watermelons up from Hat Yai to the fresh market in Wichit,” said Mr Veera. “I hope police can locate the bus driver as soon as possible.”