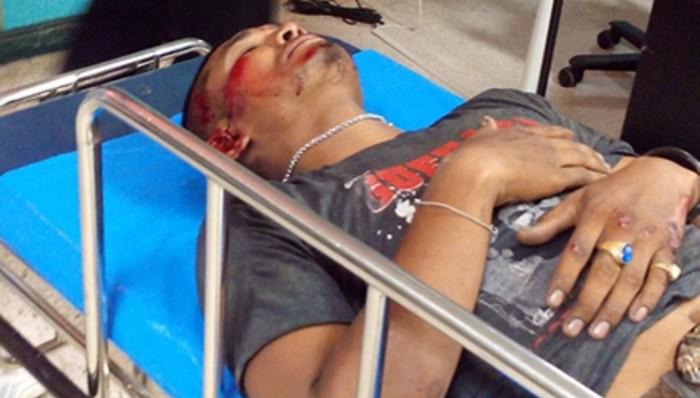 PHUKET: A man in the illegal possession of two guns and drugs was so distracted by a police vehicle last night that he crashed his motorbike into a car in Thalang.

Police rushed over to the badly injured Chainarong Singsombat, 27, to whisk him away to hospital, but hesitated when they discovered that he was packing heat.

“We found a homemade handgun designed to take shotgun cartridges, a 9mm handgun, 15 rounds of ammunition, 1,440 ya bah (methamphetamine) pills and .6 grams of a ya ice (crystal methamphetamine),” said Lt Suchart Leucha of the Thalang police.

“He had been staring at the police truck, so he didn’t see the car in the middle of the road waiting to turn right into a housing estate. He crashed into it hard.”

Mr Chainarong was in too much pain to be brought to the Thalang Police Station for questioning, so he was taken directly to the Thalang Hospital, Lt Suchart explained.

“Once he is released from hospital, the legal process will begin,” Lt Suchart added.

Inquiry initiated into death of Phuket mother and newborn