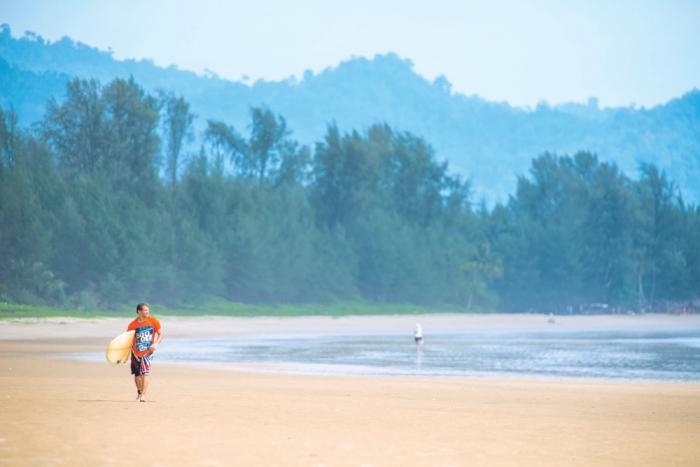 PHUKET: Thailand’s Southern beach resort regions remain some of the most popular holiday destinations for international tourists, with hotels in the area reporting occupancy rates of up to 78% during the first quarter of this year.

According to figures from the Tourism Authority of Thailand’s (TAT) eight domestic offices and two coordination centers in Southern Thailand – Krabi, Phang Nga, Chumphon and Surat Thani have been attracting a consistently high number of tourists throughout the January-to-March period.

In Krabi and Phang Nga, hotels reported occupancy rates hovering at 75% and 78%, respectively – levels that match last year’s numbers. These healthy occupancy rates can be attributed to the enduring popularity of islands in Krabi such as Maya Bay, Koh Hong and Railay Beach, which are thronged with local and international tourists especially during the long public holidays.

“The figures speak for themselves, that Thailand remains a popular and welcoming tourist destination,” TAT Governor Thawatchai Arunyik said.

“Our Southern provinces, in particular Phuket, Krabi and Samui, have seen an increasing number of domestic and international direct flights, meaning that foreign visitors and locals alike can cut down the travelling time [needed to travel via Bangkok] to Southern resorts and enjoy our pristine beaches and islands for weekends as well as for longer stays.”

Phang Nga, just one hour’s drive from Phuket, recorded an average length of stay of 5.81 days. About 90% of visitors to Phang Nga are from overseas, with tourists from Germany topping the rankings in terms of arrivals, followed by visitors from Scandinavia and other European countries.

The Similan and Surin Islands each saw some 200-300 visitors arriving every day. On the mainland, the recently opened Dairy Hut Farm on the Phang Nga-Thap Put Road has been a great success and is particularly popular with family holiday-makers and teenagers.

In Krabi, which has its own airport but can also be reached via Phuket (about 176km, or 2 hours by car), it is the community-based tourism activities; such as those found at Ban Koh Klang, Khlong Prasong and Koh Poo and Koh Jum that are popular. Inland, tourism activities such as cycling trips amid the limestone peaks and rubber plantations are popular. Tourists also get the chance to see palm plantations and take boat trips to learn about the community’s ecology and mangrove forests.

Chumphon, another Southern Thai province on the coast of the Gulf of Thailand remains popular, being the port that serves the famous Koh Tao and Koh Nang Yuan islands. The region has recently maintained its normal occupancy rate of around 55%. In Chumphon province itself, popular destinations include Haad Sairee, Haad Tung Wua Laen and the Shrine of Krom Luang Chomphon, which are favorite destinations for local travellers.

Nearby Surat Thani is also attracting an increasing number of meetings, incentives, conferences and events (MICE) travellers and stop-over tourists looking to continue their journey to other destinations, including the famous Koh Samui, Koh Pha-ngan or Koh Tao. Surat Thani’s Ratchaprapa Dam and water reservoir, farm stays and important religious sites still attract local and international tourists. The occupancy rate for hotels in this area are an impressive 95%.

How to choose an offshore broker