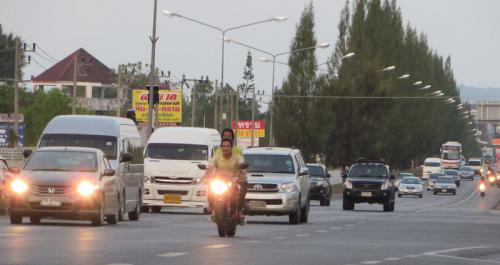 PHUKET: Two traffic accidents sent two people to the hospital yesterday, but Phuket has yet to record a road-fatality for 2014.

The Department of Disaster Prevention and Mitigation Phuket office (DDPM-Phuket) today confirmed their statistics for Phuket during the Seven Days of Danger national road-safety campaign as five dead and 32 injured in 27 accidents.

“The accidents on January 1 occurred in Patong and Thalang, and the victims are recovering in hospital,” Preeyaporn Torwong of DDPM-Phuket told the Phuket Gazette this morning.

“We still have zero deaths for Phuket’s new year,” she added.

The road deaths reported so far in Phuket’s 10 Days of Danger safety campaign are: