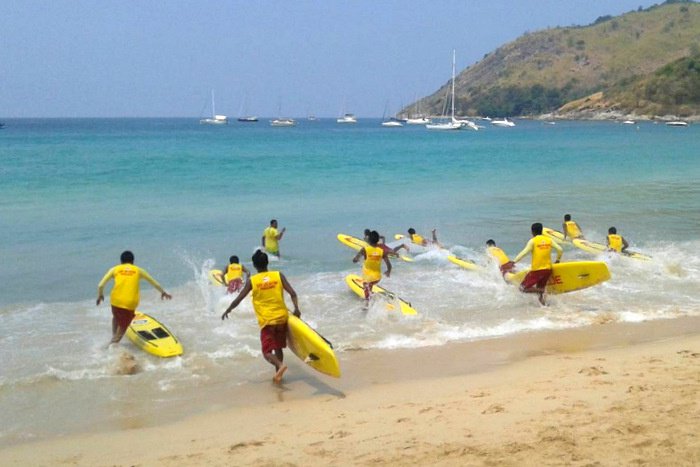 PHUKET: Members of the Phuket Lifeguard Club, best known for their life-saving role patrolling the island’s beaches, are in training for an international life-saving skills competition in Vietnam at the end of April.

“Only four members will be chosen to join the competition this year,” said Prathaiyut Chuayuan, president of the Phuket Lifeguard Club.

A group selected as the shortlist candidates are already in training, he added.

“We were on Nai Harn Beach yesterday,” Mr Prathaiyut said. “These shortlisted candidates will compete against each other on March 29, when we will announce the final four.

“These four will continue their training several days a week ahead of the competition in Da Nang.”

The exact dates for the Da Nang event have yet to be confirmed, he added.

“I think our members are ready for this, but we have yet to secure the budget. Last year, a private company funded the trip,” Mr Prathaiyut said.

“We are in the process of raising the funds, but the event in Vietnam is organized by the government in order to promote tourism to Da Nang, which is something I think Phuket should do as well.”