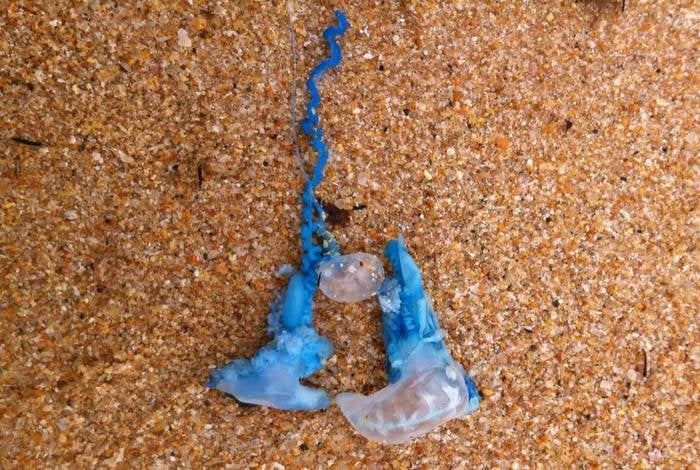 PHUKET: The Phuket Lifeguard Club (PLC) is in the process of creating signs to warn tourists about the dangers of bluebottle ‘jellyfish’, which have recently been found on several of the island’s west-coast beaches.

Though rarely deadly, a bluebottle sting can be dangerous to children, elderly people, asthmatics and people with allergies, as it can cause fever, shock and respiratory distress.

“They come ashore every year during monsoon season. We find them on 13 of the major beaches on the west coast,” explained Phuket Lifeguard Club President Prathaiyut Chuayuan. “This year we have had no reports of tourists being affected by bluebottles or jellyfish. However, last year, we had two serious cases.”

In both of the cases, the victims were administered first aid and then taken to hospital.

“Unlike with jellyfish stings, people stung by bluebottles should not pour vinegar on the wound. This can make it worse,” Mr Prathaiyut said.

“Instead, immediately wash the wound with lots of seawater followed by lots of very warm water. And seek medical assistance as soon as possible just in case.”

The PLC has already prepared one large sign warning of the dangerous marine animals.

“We are now in the process of making more signs that we will be able to use every year to warn beachgoers,” Mr Prathaiyut said.

“Every morning, I will have lifeguards do a sweep of the beach. If they find jellyfish or bluebottles, they will post the signs. However, if there are many of them, we’ll have to close the beach.