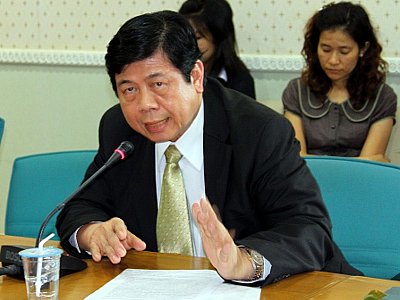 PHUKET: Public health officials will launch a “Getting to Zero AIDS” campaign on Valentine’s Day to combat HIV/AIDS in Phuket, which has the highest incidence of HIV infection in Thailand, according to government statistics.

There will be AIDS prevention exhibits, a student stage performance about high-risk behavior, and a debate and lecture by medical experts, said PPHO Chief Sak.

To draw in as many people as possible, famous singers Bew Kalayanee and Jeab Benjaporn are slated to perform at the event.

“The fact that Phuket has the highest incidence of HIV/AIDS of any province in Thailand is a concern for the tourism industry. The PPHO will begin the ‘Getting to Zero AIDS’ project as part of the United Nations joint HIV/AIDS program, which aims to achieve three goals: zero new infections, zero deaths and zero stigma and discrimination,” said PPHO Chief Sak.

According to PPHO statistics from 1989 to December last year, there have been 7,415 HIV/AIDS patients treated in Phuket. Of these, 1,945 have died.

Phuket’s huge migrant population is the reason Phuket gets the dubious distinction of being Thailand’s HIV/AIDS leader.

This is because infection rates are based on reported cases divided by the official population, as determined by the number of people registered in the province.

Phuket’s registered population is about 330,000, though official estimates have put the actual population at twice that figure.

The PPHO’s plan is to reduce the amount of new HIV infections by about 66 per cent this year. It also hopes to reduce to less than two per cent the number of HIV-infected newborns, he said.

The PPHO hopes to achieve its second goal of halving the annual number HIV/AIDS deaths by 2016. Providing equal medical treatment for all HIV/AIDS patients will be the key to reaching this goal, he said.

The PPHO also hopes to introduce laws and policies that will stop discrimination against HIV/AIDS infected people in the work place by 2016, said PPHO Chief Sak.