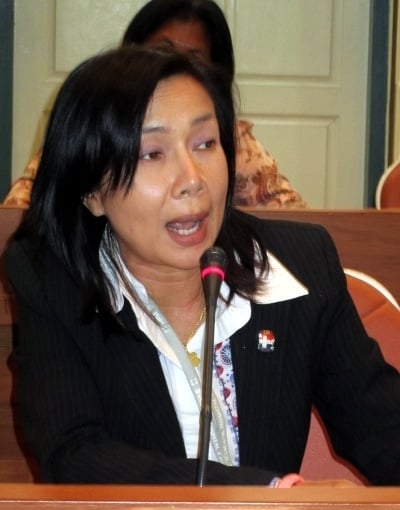 PHUKET: One of Phuket’s leading hospitals has complained that ‘taxi mafia’ are preventing its drivers from picking up patients staying at certain resort hotels.

The complaint was one of many aired at a meeting at Phuket Provincial Hall on the topic of tourists being cheated in Phuket. The meeting was chaired by new Phuket Vice Governor Sommai Prijasilpa.

Pareeya Jullaphong, director of business development at Bangkok Hospital Phuket in Phuket Town, told the meeting that ‘taxi mafia’ has prevented hospital vehicles from picking up patients for about one year now.

“Sometimes we have to pick up patients from hotels as part of our service agreement. We have to hire other vans or limousines to pick up our patients, because we do not use ambulances to pick up customers who are not emergency cases. When we go to pick them up from the hotels, local taxi drivers surround our vehicles, scaring our customers,” she explained.

“Fortunately none of our workers has been attacked yet,” she added.

In order to avoid blockades, patients have to walk a long way with their belongings, she said.

To alleviate the problem, the hospital advises its agents to tell patients not to stay in hotels the hospital drivers have issues with.

“We don’t do this to hurt the hotels, but rather to avoid influential people in those locales,” she said.

Bangkok Hospital Phuket was not the only medical facility affected.

“We’ve had problems in the past, but we try to manage them on a case-by-case basis and have not blacklisted any hotels,” he said.

There were no such cases when ambulances were involved, he said.

Such incidents occurred with drivers from a wide range of tourism-related businesses, not just international hospitals. The two hospitals are key components in the Phuket inbound market, combining for 20,000 room nights annually, he said.

Phuket’s third private hospital, Mission Hospital Phuket, had no such cases to report. Mission Phuket CEO Atikom Sriratanaprapat said the vast majority of patients arrive on their own or by ambulance.

Despite being popular among expat residents, the hospital does not market its services internationally in the same way as Phuket International and Bangkok Hospital Phuket, he explained.

It was founded in Phuket 72 years ago as a non-profit organization to help the local community, he said.

Phuket weather radar out of service