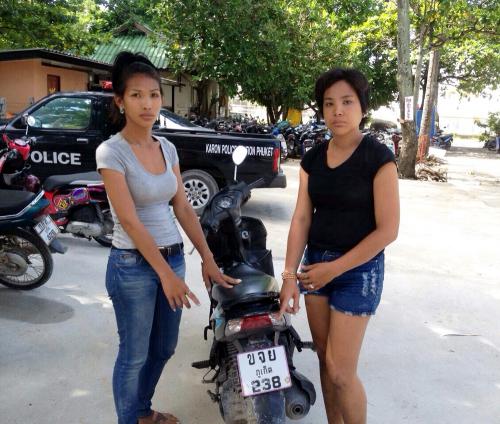 Robin Hedberg, 18, told police on Sunday that he and a friend had been walking past the Club Med hotel in Karon at 2:45pm when two ladyboys rode up to them on a motorbike and started talking with them.

After receiving Mr Hedberg’s complaint, police apprehended the pair at about 10pm on Tuesday near OTOP Market in Patong, and they confessed to the crime, Lt Col Sophon said.

“Although they had thrown away the credit cards and spent the cash, we recovered the iPhone and seized their motorbike. They were both charged with theft,” he stated.