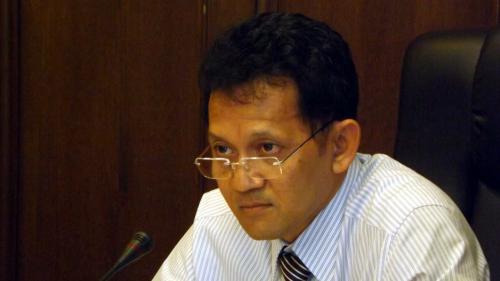 PHUKET: Fed up with the delay in illegal taxi drivers complying with the law, Phuket officials have established a December 31 deadline for taxi drivers to become legal.

“In the past, we kept extending the deadline. I will not be flexible with them anymore,” he said.

“Those who do apply will be issued a document granting the drivers amnesty until December 31. But after December 31, we will not allow illegal taxis to operate in Phuket,” he said.

“From January 1, anyone found working illegally as a taxi driver will be fined 20,000 baht for each infringement,” V/Gov Chamroen warned.

At the meeting, Phuket Land Transportation Office (PLTO) Chief Terayout Prasertphol reported that of the 1,258 taxi drivers who had applied to become legal, about 70 per cent claimed they did not have the money to meet the legal requirements.

“They claim they can’t afford to take out loans on new cars [in order to comply with the law] and they say they cannot afford to pay the 50,000 baht needed to register each car as a commercial passenger vehicle,” Mr Terayout explained.

V/Gov Chamroen noted that many of the drivers had already made down payments on new cars, proving they had access to finance, and that many drivers had more than one taxi.

“If they claim they have no money to pay for loans, it’s none of my business,” he said.

The New Year deadline against illegal taxis is the latest maneuver in the government’s snowballing campaign against public transport mafia in Phuket.

Patong Police Superintendent Chiraphat Pochanaphan on Tuesday was ordered to clear tuk-tuks from dominating all the beach road parking spaces by December 31 – or face being transferred (story here).