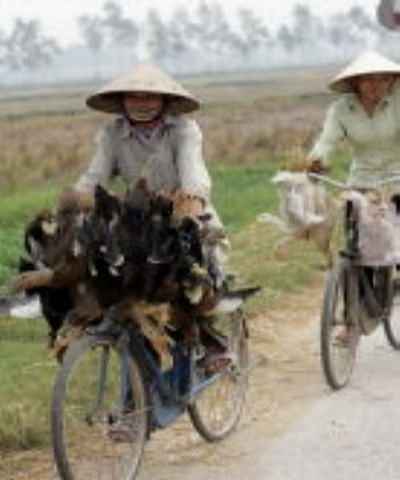 PHUKET: SpiceRoads Cycle Tours has launched an epic journey for cyclists – a 3,000 kilometer bicycle tour from Hanoi to Phuket. Riding through Vietnam, Laos and Thailand, the organizers say it will take 39 days to complete this “trip of a lifetime.”

The tour company says the best natural and cultural wonders of Southeast Asia will be a part of the cycling adventure.

Daily Mail
Hundreds of angry and frightened Britons left stranded in Thailand by the volcanic dust cloud nearly caused a riot at Bangkok International Airport (Suvarnaphumi) yesterday as they battled for plane seats out.

Many have been sleeping rough on cardboard mats at for days, since non-European airlines have declined to offer customers any hotel accommodation, which must be offered by air carriers under EU regulations.

These problems have been exacerbated by the violent ongoing street protests which have led The Foreign and Commonwealth Office to urge people to avoid Bangkok. The Office has elevated Thailand to the No 1 destination from which to repatriate British tourists.

An estimated 350 Britons surged around check-in desks shouting “Tell us the truth!” and “Get us out of here!” after they were refused permission to board flights. One British official described the scene as “like the last days of saigon”.

Peter Holley, from Ashford, Middlesex, said: “We have been stuck here since Saturday last week. Thai Airways tells us nothing. They don’t tell their staff anything, and the check-in girls have been reduced to tears….

“We queue for stand-by and they give us pieces of paper, [like] promissory notes, saying we will be on the next flight, and then it does not happen. There is no method in the system at all. People are going crazy.”Bleak outlook for tourism

MCOT
Thailand’s beleaguered tourism industry sank deeper into disrepair as it became even more seriously affected by the grenade attacks in Silom Road on Thursday night, according to the Federation of Thai Tourism Associations (FETTA).

Apichart Sankary, a FETTA committee member, said the incident upped the number of foreign tourists who cancelled their trips for fear of the violence.

FETTA had earlier estimated that if the political turmoil were to continue, the number of travellers to Thailand would fall by 2-2.5 million because tourists have lost confidence in Thailand’s safety measures.

Due to the escalating tension, Mr Apichart said that it would be hard to believe that there will actually be 15 million visitors travelling to Thailand this year as the government had previously predicted. He said he thinks that reaching even 10 million visitors will not be easy now.

Bangkok Post
Red Shirt leaders in Bangkok tried yesterday to calm their fellow protesters, some of whom were angry over the leaders’ offer on Friday of negotiations with the government and PM Abhisit Vejjajiva’s noncommittal response.

Jaran Ditsatapichai added: “The new proposal does not mean we are retreating…If we shut down the door for negotiation it will be bad for us,” reiterating as well that foreign diplomats had put pressure on the Red Shirt leaders to find a solution to avoid a looming crackdown.

Jaran said the military was reluctant to disperse the rally, and that a likely violent and deadly crackdown would be shelved during the current negotiating phase.

Goal.com
Thailand has announced that England will visit Bangkok in June 2011 for a friendly football match.