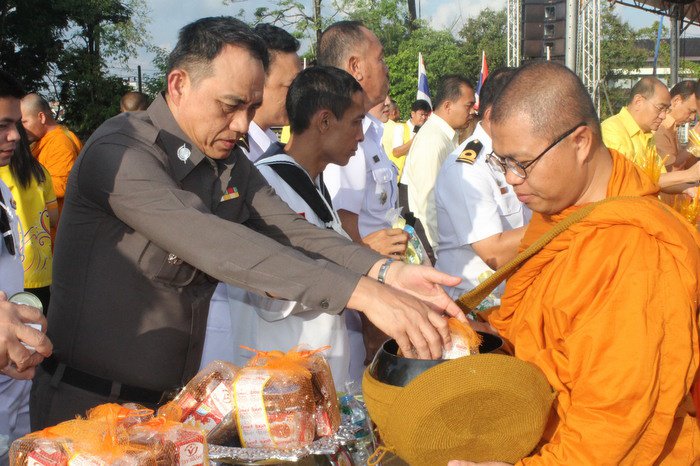 The blessing ceremony, which took place at Sanam Chai in Phuket Town, was the first of a few events to take place on the Crown Prince’s birthday today.

A candle-lighting ceremony will be held tonight at 7:10pm at Sanam Chai.