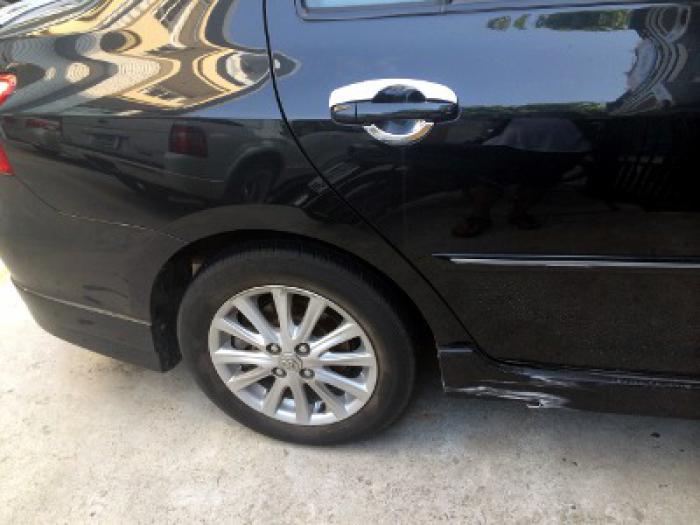 PHUKET: Chalong Police are seeking arrest warrants for two Russians who have fled the country amid an investigation into a fatal hit-and-run of a 16-year-old boy in Phuket in the early hours of April 5.

Thananbavorn “Lotus” Durongpan was struck and killed while riding his motorbike along Patak Road near Chalong Circle, just after 1am, explained Capt Thada Sodarak of the Chalong Police.

“Phuket Immigration has confirmed that Larisa Kim, 40, and her husband, Valentin, left Thailand on the night of April 5,” Capt Thada told the Phuket Gazette.

“The Immigration Bureau has added the couple to the border ‘watch list’, and we are working with the Russian honorary consul in Phuket on what can be done from here.”

Fellow Russian national and key witness to the accident, Ekaterina Muratova, 29, also left the country on April 5, Capt Thada said. He could not confirm whether or not she left on the same flight as Mr and Mrs Kim.

“Ms Muratova’s statement concurred with those of other witnesses, who reported that a black Vios made a sharp u-turn near the Shell gas station and crashed into Mr Thananbavorn, who was driving in the same direction next to the car,” Capt Thada explained.

“Ms Muratova was a passenger in the car with Mrs Kim when the accident occurred. Mrs Kim’s husband, Valentin, was following in another car. They were on their way to a party at their friend Anna’s house.

“Ms Muratova said the boy was not wearing a helmet when Mrs Kim hit him. After the accident, she sped off,” said Capt Thada.

Officers went to the house in Chalong rented by Mr and Mrs Kim in search of them.

“When we arrived, we saw the black car but no one was at the house. We took the car back to the police station,” said Capt Thada.

The car had damage matching the description of the accident, he added.

The April 5 departure of Ms Muratova sparked outrage among Chalong residents, who staged a protest in front of the Villa Market shopping center on April 9, demanding an answer for why the prime suspect was permitted to fly home to Russia before the investigation had been completed.

“I told them that Ms Muratova was only a witness, not a suspect, so she was allowed to go home,” Capt Thada said.

“Everything was made clear to them, and I promised that I would track down the suspects and bring justice for the grieving family.”